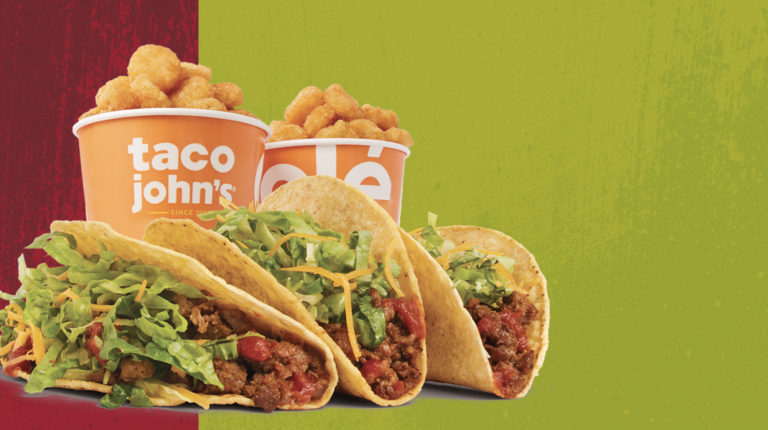 The Covid-19 pandemic hasn’t swayed Taco John’s expansion plans, including for the Kansas City market. In fact, it’s bolstered them.

The Wyoming-based Mexican fast-food chain views Kansas City as a wide open market that could support the development of 15 restaurants over the next three to five years, Brooks Speirs, vice president for franchise development, told the Kansas City Business Journal. It currently has 388 restaurants companywide.

The Kansas City metro has six Taco John’s restaurants in Independence, Blue Springs, Olathe, Lansing and Odessa. The next area restaurant ideally would open in 2021, and Taco John’s is eyeing places such as Lee’s Summit, Lenexa, Overland Park and Kansas City.

Finding strength during the pandemic

Even before the pandemic, the company’s drive-thru business comprised just under 65% of sales, Speirs said. Taco John’s International Inc. has leaned on that strength during the stay-at-home orders.

In April, its same store sales were only down 4.5% compared with the same period last year. Locally, other restaurateurs have reported sales are down 85% to 90%. “We have not changed our expansion plans at all,” he said. “We’ve actually probably increased them with the fact of how successful we’ve been through the Covid (pandemic).”

Several other factors also have bolstered its growth plans. Prior to the pandemic, unemployment was so low that it was difficult for the restaurant industry to find employees, he said. General contractors were so busy that they struggled to make time to build out new restaurants, and restaurant space in ideal locations was too expensive. Speirs expects all three challenges will subside moving forward, which has intensified its hunger for growth, he said.

With the help of Kansas City-based advertising agency Barkley, Taco John’s is creating a new image for itself, and Kansas City fits its new target customer.

The restaurant chain had started losing some relevance with consumers, Speirs said. Its customer base now skews older — a demographic that traditionally doesn’t eat as much or eat out as often as the younger crowd, he said. Barkley, which became the company’s creative agency of record in 2019, helped Taco John’s identify its current customer base and who it needs to target moving forward, he said. Barkley homed in on couples in their mid to late 30s with children and active lives.

“We view Kansas City as a vibrant midsize city that has a lot of growth, where we’re seeing lots of younger folks move to the market, which fits into the customer that we’re going after,” Speirs said.

Taco John’s now is rolling out a new store prototype that features a slightly smaller dining room, bright colors, more windows and a design that can “truly stand out in a crowd,” he said. The prototype features a more urban feel and caters to the millennial crowd with elements such as a “taco emoji” bench that’s an ideal background for snapping photos to post on social media, he said.

Taco John’s will use the new prototype in Kansas City and is in the process of remodeling 35 existing restaurants with the new image. Next year, it plans to remodel another 35 restaurants.